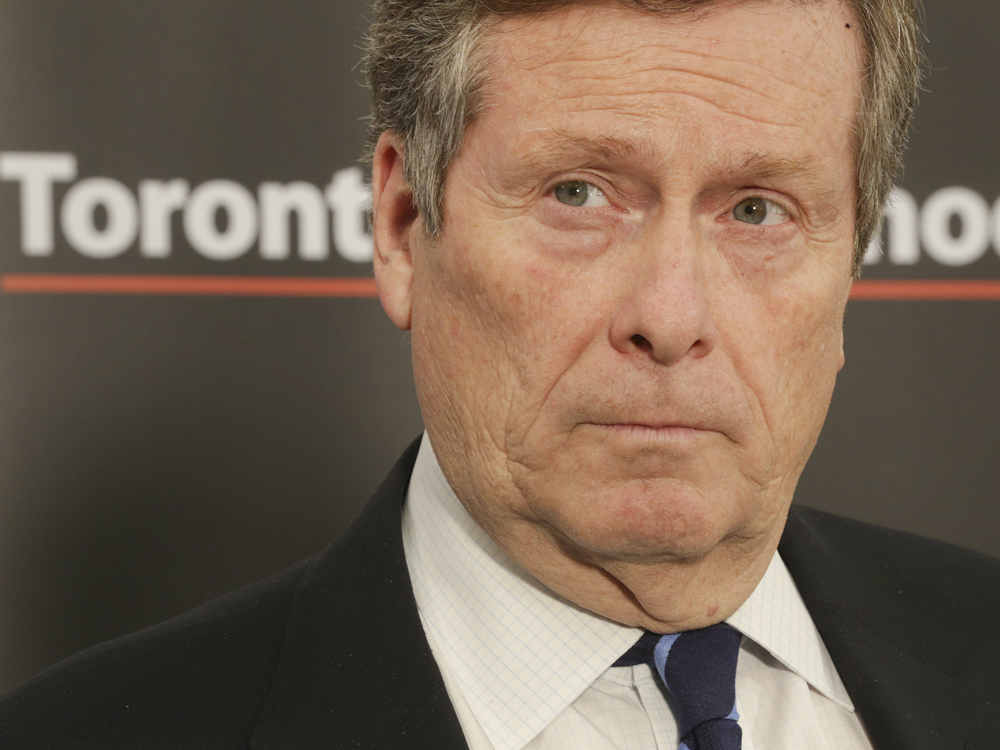 Nobody likes property taxes, but Toronto is doing the right thing with gradual hike

After resisting calls for years to raise property taxes in Toronto, Mayor John Tory last week announced an about-turn. The mayor now wants to modify a city building levy that will, under the revised regime, add up to a cumulative increase of 10.5 per cent by 2025.

Mayor Tory has run not one but two successful campaigns promising each time to restrict the property tax hikes to inflation. The reversal, though unexpected, is welcome. As population pressures mount, Toronto’s own-source revenues are not sufficient to keep the city’s ageing infrastructure in a state of good repair and or to deliver quality municipal services.

Affordable housing and worsening traffic congestion are two of the more significant challenges Canada’s most populous city faces, and the planned levy is expected to raise $6.6 billion that can be invested in housing and public transit.

While annual increases would be relatively modest — one per cent in 2020 and 1.5 per cent each year through 2025 — the decision to hike property taxes at all comes with a fair amount of political risk.

Property taxes are one of the most visible of all taxes, notes a recent paper by Harry Kitchen, Enid Slack, and Tomas Hachard. The paper, published by the Institute of Municipal Finance and Governance (IMFG), notes that unlike income and sales taxes, property taxes are direct payments. The taxpayers “can often recall the total amount of their property tax while drawing a blank on their income and consumption-based tax payments,” the authors noted.

But there are other reasons for the city politicians to resist tax hikes.

In the 1950s, the U.S. economist Charles Tiebout popularized the idea of “voting with your feet,” meaning that residents and businesses could relocate to other jurisdictions if they were unhappy with the local governments. A considerable and unexplained increase in property taxes in a city could encourage relocation, pushing away the very tax base on which the local government was relying.

Toronto, though, is a different story. Its own-source revenue is not sufficient to maintain its infrastructure or deliver quality municipal services. It needs additional revenue. Furthermore, Torontonians pay less in property taxes than the neighbouring municipalities.

Whereas a near consensus exists that cities in Canada need to raise more revenue to deliver municipal services, most are divided on just how to do it. Some have advocated for a progressive property tax where the tax rate increases with the value of a property. Others have asked to find creative ways to tax the digital economic enterprise that takes place in cities, including taxes on units made available as short term rentals, such as Airbnb.

The IMFG paper though cautions against haphazard changes to the property tax structure. The paper argues that property taxes must be fair and reasonable. Unlike income taxes, property taxes are not supposed to be redistributive. The purpose of property taxes and user fees is to cover the costs of local service delivery. Redistribution of wealth through taxes is a responsibility of higher tiers of government.

Similarly, imposing a municipal levy on the owners of vacant dwellings violates the same fairness principle. By paying an additional levy, the owners will not receive better or more services. In fact, a vacant unit is likely to demand less municipal services for which it might qualify for a lower and not a higher property tax rate.

Housing affordability challenges in large cities require existing dwellings to be part of supply-side solutions. Hence, measures to bring the vacant or mostly vacant units back into play merit consideration. This, however, should not be put on the back of property taxes.

In addition to arguing against a progressive property tax, the IMFG paper makes several recommendations. It recommends removing redistributive services from the property-tax base. The article also suggests reducing the difference between residential and non-residential property tax rates.

Since the provision of municipal services is mostly the purview of the local governments, the paper calls for eliminating provincial property taxes.

In addition, the IMFG paper asks for eliminating property tax exemptions that lack a public policy rationale and forbids capping and land averaging “to prevent inequities in property taxation.”

Canadians have paid taxes on property for a more extended period than taxes on income. The vast Canadian experience with property taxes must be put to good use.

Residents may bristle at the thought of higher taxes of any sort, but Toronto needs to raise additional revenue. The City should be commended for doing it in as efficient a way as possible.