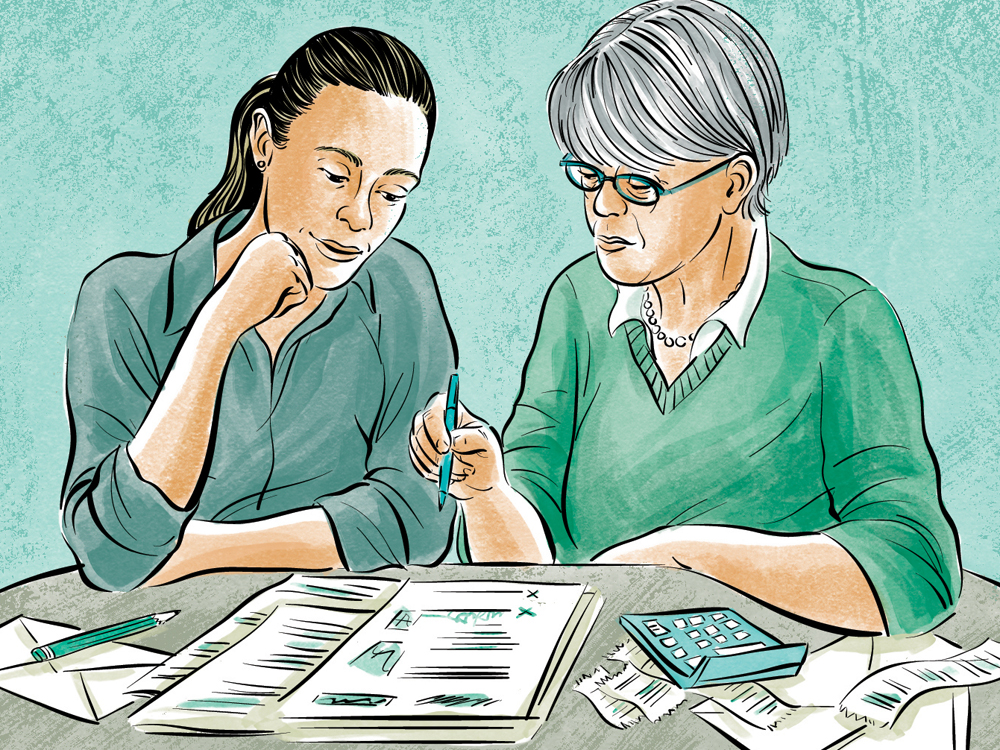 When housing prices were escalating rapidly, multigenerational households provided a buffer by first reducing the demand for housing and at the same time providing housing for seniors.Illustration by Chloe Cushman/National Post files

By Murtaza Haider and Stephen Moranis

Multigenerational households, the ones where at least three generations of a family are living under the same roof, are even more distinct. Whereas such households represented a mere 2.9 per cent of all Canadian households in 2016, they represent a much larger segment of the population near large urban centres.

When housing prices were escalating rapidly, multigenerational households provided a buffer by first reducing the demand for housing and at the same time providing housing for seniors, who are among the fastest growing cohorts in Canada.

Last year, Statistics Canada reported that 6.3 per cent of Canadians living in private households, almost 2.2 million people, lived in a multigenerational household. Such households have increased in numbers significantly over the years because of immigration from countries where similar living arrangements are the norm.

The share of multigenerational households was the highest in Nunavut at 12.2 per cent. Ontario with 3.9 per cent and British Columbia with 3.6 per cent, were next.

What is hidden in provincial aggregations are pockets of spatial concentrations where such households are far more prevalent. The spatial diversity, for instance, is more pronounced at the Census Metropolitan Area (CMA) level with 5.8 per cent of households in Toronto, 4.8 per cent in Vancouver, and only 1.8 per cent in Montreal being multigenerational households.

Given that multigenerational households are, by default, larger in size than other household types, a better comparison is to report the share of the population living in such households.

While these numbers are large, they are still aggregates of many urban and suburban municipalities.

Digging deeper with the help of data from Statistics Canada, we computed the share of multigenerational households at the municipal level in Toronto and Vancouver. The results were even more dramatic.

The diversity doesn’t end at the municipal level. Within the City of Toronto, 14 per cent of the residents in the former municipality of Scarborough lives in a multigenerational household. In Toronto’s downtown core and other central neighbourhoods, the proportion of such households is much smaller. This has much to do with the structure of the housing.

Multigenerational households are larger in size and therefore require more shelter space. Large suburban homes with four to five bedrooms are more compatible with such lifestyles than condominiums or small-sized homes that are more pronounced in the urban core.

Most statistics on housing affordability report price per dwelling unit, which assumes that the household size does not vary in the population. But it does. Thus, if we were to compute shelter costs as the price per person living in the dwelling unit, the affordability dimension of multigenerational living becomes obvious.

Multigenerational living is not for everyone. Such lifestyles are more pronounced among immigrants from cultures where such living arrangements have been a norm.

However, escalating housing prices have forced changes in lifestyles even among those households where such living arrangements have not been prevalent in the past. In Toronto, for instance, almost one in two young adults between the ages of 20 and 34 still resides with their parents.

Murtaza Haider is an associate professor at Ryerson University. Stephen Moranis is a real estate industry veteran. They can be reached at http://www.hmbulletin.com.