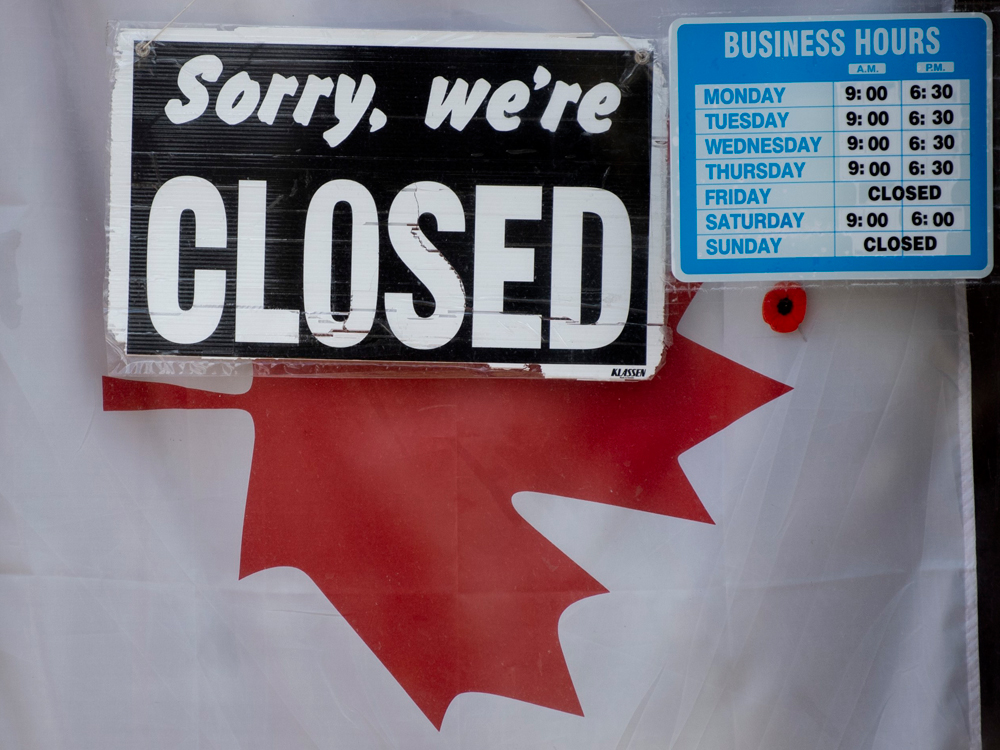 Small businesses need to be a focus of COVID-19 support, not an afterthought

Businesses large and small have been struck by the shutdown of large parts of the economy in the past few weeks. Whereas residential mortgagors and tenants have been promised loan forbearance and a moratorium on evictions, commercial tenants, especially small businesses, have been caught in the middle. They are asking for rent relief to survive the next few months while they struggle with diminished or no revenue.

Unlike their larger counterparts, small businesses have limited resources to withstand economic shocks. Without targeted help from government, many small businesses, especially retail and restaurants, may not reopen once the dust settles on the coronavirus pandemic.

Restaurants Canada, a group representing the food services industry, estimates the coronavirus has cost the industry 800,000 jobs Canada wide. Already, 10 per cent of restaurants have shut their doors permanently, and many more may follow if an economic recovery is not around the corner.

The International Monetary Fund (IMF) is calling the virus-infected recession the Great Lockdown. Restrictions on commerce and mobility are likely to result in the “worst economic downturn since the Great Depression,” the IMF noted while estimating global losses due to the pandemic to the tune of $9 trillion.

Hence, the big companies, some of whom are “too big to fail,” find ways to be rescued or bailed out, while small businesses keep struggling for an equitable treatment during the time of financial hardship.

In comparison, large businesses with more than 500 employees provided jobs to only 10.4 per cent of the private labour force.

Businesses falling under small and medium-sized enterprises (SMEs) experience more volatility than big business. On average, 95,000 SMEs were created annually during 2010 and 2015. At the same time, 85,000 SMEs disappeared every year.

Very small businesses, employing fewer than ten employees, comprise 73.4 per cent of businesses. While being numerous, they are also the most vulnerable by virtue of their size. Any disruption to their revenue stream could lead to permanent closure. Remember, 85,000 SMEs shut down each year on average.

A newly formed advocacy group, Save Small Business (SSB), asked recently for immediate rent relief program for small business. The group was critical of the government’s emergency loan program, the Canada Emergency Business Account (CEBA). Jon Shell, the group’s co-founder, told CBC that “It’s unfair to close down local businesses and ask them to take out a loan in order to pay all their expenses.”

SSB estimates that by the beginning of May, and in the absence of additional government support, 70 per cent of small businesses will default on their commercial rents. SSB recognizes that the government is guaranteeing interest-free loans of up to $40,000, but they believe small businesses cannot bear additional debt while they are forced shut.

SSB is essentially asking for a commercial rent waiver of up to $10,000 for three months. It further asks for the deferral of debt obligations for commercial tenants and their landlords.

On Thursday, Prime Minister Justin Trudeau announced changes to the CEBA, lowering the qualifying minimum payroll down to $20,000 from $50,000 to improve inclusion of small businesses in the program. The government also said it was developing a program to help SMEs cover their rent.

Shell, though, was not impressed with the new announcements. The lower threshold for payroll “continues to exclude family-run small businesses and others who pay sub-contractors,” he told the Financial Post. His group wants the minimum payroll limit to be dropped to zero dollars.

SSB argues that Canada should consider the example of other countries where governments are offering grants rather than loans to small businesses. Since landlords must first reduce rents and then apply to the government for loans, and because the provinces have still not partnered with the feds on this initiative, SSB is concerned that the structure of CEBA initiatives might not be attractive enough for the landlords to participate.

In the U.S., commercial landlords and tenants have adopted flexible models to help prevent vulnerable tenants from defaulting. The “blend and extend” model modifies the lease terms so that the rent is waived for a period, say six months, and is amortized over the remaining life of the lease. In some circumstances, the leasing period is extended to help the tenant.

Commercial landlords are motivated to accept such terms because defaulting tenants may not readily be replaced in a time when most non-essential businesses are forced to remain shut. Furthermore, landlords save the additional costs associated with finding a new commercial tenant.

If many small businesses default, they will have a humongous impact on job losses in Canada. Helping them stay afloat with rent waivers and loan abatement will keep Canadians employed.

The choice for the government is to either support workers through unemployment insurance or help small businesses survive COVID-19. Keeping Canadians working preserves not only their jobs but also their dignity.