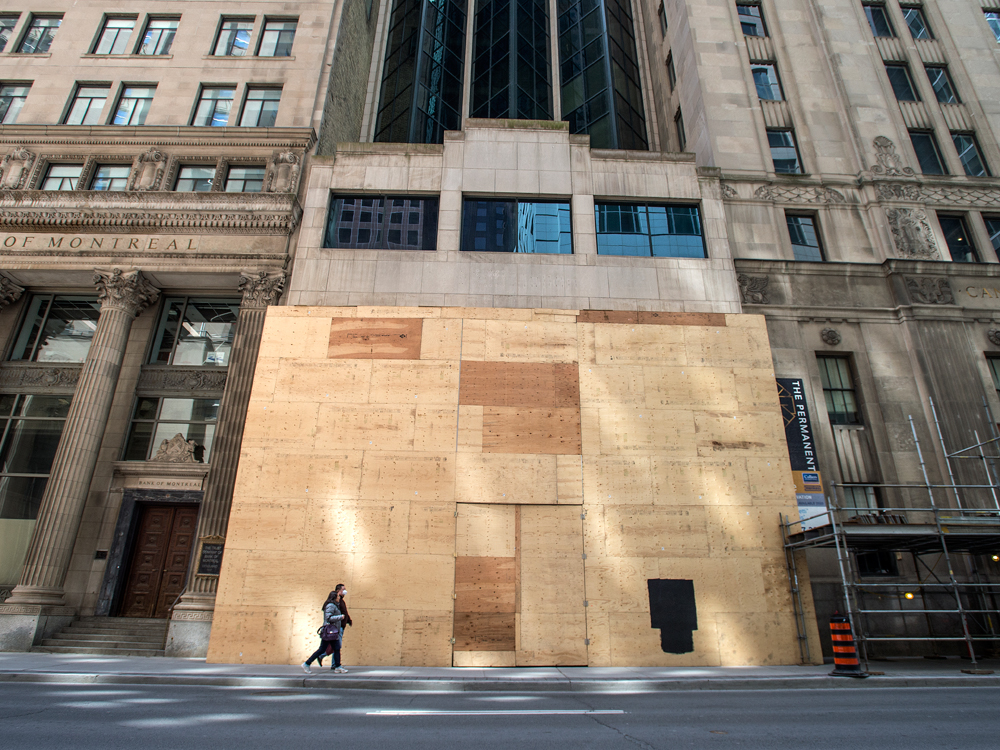 From downtown to ghost town: How the pandemic is upending the economics of the urban core

More than 10 million trips are made by public transit in New York City every day, as workers flock in to Manhattan’s office towers from the surrounding boroughs.

Efficient mass transit is a critical enabling factor for the success of such a vibrant metropolitan downtown — without it, the offices and other skyscrapers that have come to define major cities would face substantial financial challenges.

Cities and property owners are getting a preview of such a scenario thanks to the COVID-19 pandemic, which has put a halt to the ritualistic twice-daily commutes of millions, leaving them to work from home instead.

Commercial real estate clusters in urban cores represent tens of billions of dollars in investments. Being a tenant downtown in a high-rise and the assumed economic benefits of being centrally located come at exorbitant rents, which businesses have paid for decades. The underlying assumption has been that the physical location of a firm’s offices is instrumental to its success.

COVID-19 has changed that. Given the circumstances, it is likely that businesses are reviewing their operating cost structures to determine whether the productivity benefits of downtown locations justify the occupancy costs.

Over the past few decades, cities such as Toronto have seen a further intensification of knowledge-based employment in and around the downtown core. A 2018 report by the Neptis Foundation on the structure of employment in the Toronto region and nearby cities observed that a “more balanced pattern of urban and suburban employment growth has given way to the hyper-concentration of knowledge-based activities in and around downtown Toronto.”

The report noted that downtown Toronto saw an increase of 85,600 total jobs between 2006 and 2016. Meanwhile, the job growth slowed outside of the downtown core. “The hyper-concentration of job growth raises critical issues about planning for a core under intense growth pressure, and an increasingly dominant single centre for the GGH.”

The hyper-concentration of near 450,000 jobs in downtown Toronto requires a highly functional public transit system to transport the bulk of workers from their suburban residences to the downtown core. Any interruptions and breakdowns of the transit system imply workers may not get to their downtown offices efficiently.

COVID-19 is likely to affect the throughput capacities of public transit infrastructure until immunity levels improve substantially. Transit vehicles are being modified with signage to keep passengers at safe distances that will reduce the number of passengers carried during peak periods.

With a noticeable decline in public transit carrying capacities, downtown-based employment clusters, which are increasingly dependent on public transportation, would experience a drop in commuting. Consequently, offices and buildings will be underutilized. Workers will continue to work from home, making telework more acceptable for large knowledge economy firms.

Working from home or telework is not new. Advances in information and communication technologies (ICT) have influenced the way offices are designed, built and located. Whereas telework is one manifestation of the changes in working conditions, other subtle changes over time have already modified existing and new office space.

The nexus between public transit usage and the profitability of downtown real estate clusters has become explicitly apparent in the past few weeks. Transit ridership is down by 80 to 90 per cent in cities such as Toronto and New York. Ever-busy and bustling downtown streets are eerily silent and deprived of activity. Much depends upon how long social distancing restrictions will remain in effect.

If COVID-19 related restrictions are withdrawn soon, the decline in work commutes and the emergence of telework may end up being a short-term trend. However, if transit system capacities are constrained over a more extended period, telework will remain widespread for a longer period, thus affecting the bottom line of tenants who occupy, but are not currently using, the expensive real estate in the urban core.

With hundreds of billions in commercial real estate assets concentrated in the urban core, mass adoption of telework poses a significant challenge to the financial viability of office real estate and the transit systems that serve them. At the same time, returning to the previous normal will also be a return to congested mobility, crowded spaces, and unaffordable housing.

The future of work must find a balance between the conflicting objectives of sustaining the downtown core while not exacerbating congestion and affordability.